Even though they are commonly used, they are quite misunderstood and many people don’t realize what they are for, or how they operate.

In order to explain how they function, it is important to know how draft works and what the chimney effect is.

As air is heated it rises, this is a common principle in atmospheric pressure that most of us know. Cool air is a lot denser than hot air, and it’s heavier, meaning that it has the weight to push hot air around.

Now, cool air is a bit of a bully and likes throwing its weight around and it naturally wants to go where the hot air is, pushing the hot air further away. This results in the movement of air which we know as draft.

The movement of air through a building, chimney or a flue pipe that is dependent on air buoyancy is what is known as the chimney effect.

Inside ventilation systems, the hot air produced by the heating appliance e.g. the furnace; is less dense than the air outside in the external environment. This cool air causes the hot air to be forced up the ventilation or chimney.

The speed at which this draft travels is dependent on many variable factors such as temperature, wind, and ventilation height which influence the air buoyancy. These conditions fluctuate and as a result, so does the draft velocity.

On chilly winter days, the draft can be so strong that it is able to remove the flame completely away from the burner, or alternatively, it could result in heat being pulled away, resulting in fuel wastage.

What is a Barometric Damper Used For?

When ventilation is attached to a furnace there is a significant difference between the two in terms of drafts. The furnace requires a constant, stable temperature and environment, while the ventilation’s environment can change dramatically.

This is due to a disparity of draft velocity between the heating unit and the ventilation caused by the chimney effect. In order for this change to be evened out so no dramatic changes result, a draft regulator or barometric damper is the solution to the problem.

The real issue with high-velocity drafts is that they can result in flue gases being removed too quickly and also negatively impact heat transfer from the boiler to the environment, which is, of course, the ultimate goal of any heating appliance.

The barometric damper is typically installed in between the furnace flue and the main ventilation (typically the chimney). This draft regulator will alter the draft velocity using weights, for instance, if the draft is excessive it will open and allow air to flow from the boiler to the ventilation.

Modern heating appliances usually have a desired level of draft dependency that is made known to you by the manufacturer. Too much or too little can cause your unit to not work effectively, if at all.

The barometric damper has the ability to be altered by using weights or screws so that you can set it to open up when conditions exceed what is required.

How does a Barometric Damper Help?

The barometric damper will regulate the draft between the chimney and the flue in an effort the maintain a constant amount of draft in the heating unit.

Draft regulators are usually used when the stack ventilation exceeds 25 feet in height. The taller the ventilation system is, the more the air buoyancy is affected increasing draft velocity.

Too much draft in a furnace or heating appliance can result in very bad conditions. For example, as well as leading to increased heating bills since the draft it can also result in flame impingement, which can lead to hazardous levels of carbon monoxide.

Flame impingement can also impact the furnace or appliance metal causing brittleness and reducing the lifespan of your appliance considerably. In simple terms, embrittlement is the loss of quality of the metal caused by the flame touching areas of the appliances metal construction not designed to withstand such high temperatures.

The single damper will shut if there is pressure inside the ventilation, whereas the double acting type will enable flue gases into the furnace area if the flue becomes obstructed. This may sound dangerous, however, bear in mind that if there is a gas spillage from the furnace into the room the majority of dampers are fitted with a sensor that will trigger the burner to shut off.

In many states, a spill switch is a code requirement.

The Truth about the Ventless Gas Fireplace
Go Green by Using Wood Energy to Heat Your House
First Wood Stove Certified to the EPA's Cordwood Standard
{{ reviewsOverall }} / 10 Users (0 votes)
Overall Performance:0
Efficiency:0
Ease of Use:0
What people say... Leave your rating
Order by: 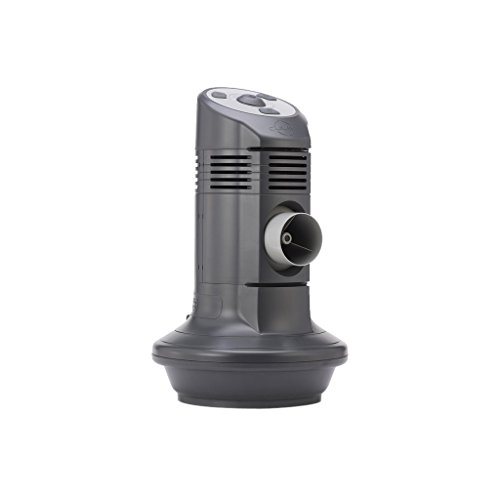